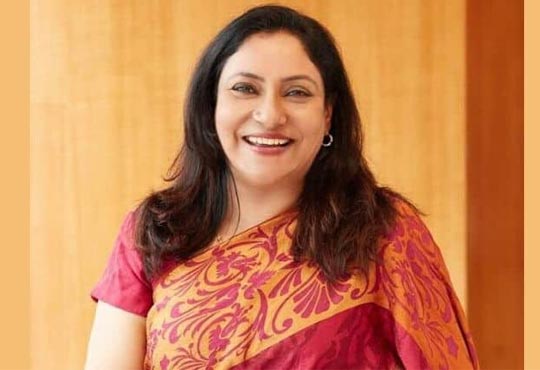 Jaya Vaidhyanathan has incomparable knowledge and skills in financial markets and disruptive technologies. She started her career in the US as investment banker and specialized in mergers and acquisitions in technology, telecom, and utilities verticals with several top Wall Street firms.

Data is the new oil, they say, and India is expected to play a major role. India’s Finance Minister announced the setting up of data center parks in public-private partnership mode across the country. The announcement came as part of the recent Union Budget, and was widely lauded by the industry.

What is a data center park and why does India need them?

For those who are yet to be familiar with data center parks, here is a quick summary. A data center is massive networked infrastructure that stores data in a highly secure location, using the latest, high-end technology. Authorised institutions can make use of the centrally located, large volumes of data as per their specific need. An example is the recent trend of cooperative banks moving to cloud based Core Banking Systems. Data centers are a critical infrastructure today, as India is all set to take center stage globally. And this is why!

• The Personal Data Protection Bill (draft) mandates data localization. In future, data in Indian organizations will reside within India and not just on a global server in, say, Frankfurt, as is the case now.

Encouraged by the potential of data center parks, several large players, including the likes of Adani, Hiranandani, and the Maharashtra Government’s MIDC, have entered the playfield. Armed with the prerequisites – cheap real estate, reliable and inexpensive power and connectivity– these data centers can unleash transformation in the BFSI space, as described below:

"Encouraged by the potential of data center parks, several large players, including the likes of Adani, Hiranandani, and the Maharashtra Government’s MIDC, have entered the playfield"

Fintech solutions, like Risk Management or STP (straight through processing) transaction systems, are definite business enablers for smaller players, traditional private banks and NBFCs, in particular. But, the high upfront cost can be a deterrent. This results in smaller players losing market share to larger players that can attract tech-savvy customers through digital experiences. Increasingly, smaller FIs are opting for cloud-ready solutions rather than investing in costly on-premise, server-based solutions.

The government has been helping MSMEs through a host of reforms in recent times – e.g. emergency credit during the pandemic, simplified MSME registration guidelines and the 59-minute online loan. While these measures may be well-intentioned, they are possibly not yielding desired results due to practical difficulties. The credit manager who sanctions a loan, for instance, does not have much information on the MSME borrower. Due to this, he or she may not be confident about sanctioning the loan, thereby hindering credit flow even to a deserving candidate. Lowcost data centers located in smaller towns could help MSMEs maintain their data centrally, which can be accessed on-consent by lenders. This protects the interests of all parties involved; lenders grow their asset book without compromising on asset quality while sincere businesses get credit to fuel their growth.

With the experience of having handled high-volume data for Indian banks – a feat many global banks cannot boast of – Indian fintech, too, can eye the global marketplace. Data analytics of large volumes of customer data like Early Warning System for credit monitoring can become a winner, with scale economies dramatically bringing costs down.

Additionally, large multi-tenancy data centers running on subsidised power can make technology solutions much more reliable and cost effective. On its own, this can be a differentiator for fintech players, and subsequently, for FIs that partner with such players.

The RBI’s much-awaited Public Credit Registry (PCR) of borrowers is set to transform the Indian financial system. The PCR is a repository of information on the borrowers in the country including their demographics and past repayment behaviour. It aims to collect data on crores of accounts – a feat now possible with 80% of the adult Indian population being banked under Jandhan. Enabled by data centers, this mammoth of a registry can help solve the banking industry’s biggest problems – expanding credit to the underserved and levelling PSBs up for healthy competition. The data can be used for credit evaluation, financial modelling, stress testing, and other areas that can change the game for FIs as we know it.

India’s data center footprint is estimated to triple this decade. The fact that India is presently one of the hottest markets for mobility only adds impetus to the benefits data centers parks will bring along. Not to mention, the game-changing potential they hold in terms of attracting foreign investment and global hyperscalers.

However, being a capital intensive set-up, it remains to be seen how data center parks can rise above real estate challenges, power shortages, administrative hurdles and heavy operating expenses. With a little handholding from regional and central governments, India’s data center parks can become a global success model propelling the Indian economy to unprecedented levels of growth, much like the IT SEZ model over the past two decades.