India is on the Verge of Becoming Second Cloud Computing Hub 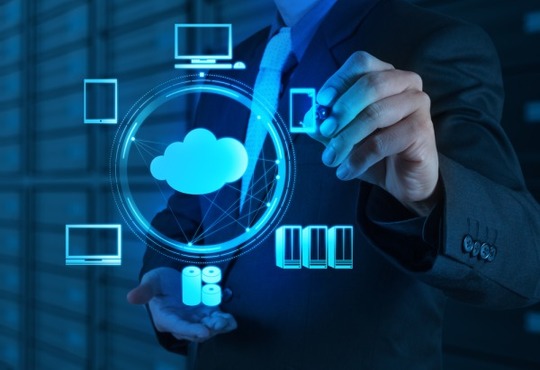 Technology is changing at Fast Pace

Compared to the past few years, we have witnessed the advancement in technology has been remarkably fast in the last few years. Interestingly, technology has now taken over everything and the impact is immense on our daily life. Today, technology has made it possible to communicate with people and has enabled us to strengthen relationships all over the world through email, instant messaging, Skype, social media, etc.  Gone are the days when people use to fix meetings sitting in office, now the meetings are fixed over emails or smart phones, the classrooms are being taken over by the tablets.

The Future lies in the Cloud

Even India has gone a long way from what it was to what it is today. In the year 2009, India saw a major change in the IT market and ranked second for having almost 900 million mobile users. Additionally, in terms of internet, it ranked third with almost 400 million users across the globe. One of the huge sourcing landmarks in the world is India, when it comes to information technology.

Today, in the technology landscape, cloud computing occupies an unusual place. It has become nigh on ubiquitous through consumer products and services, but is still an emerging technology for a large proportion of institutions. Even Gartner's report says, ‘the future is in the cloud’. In the digital scenario, Cloud Computing is a colossal development that is changing the way IT arrangements are conveyed and utilized.

Across the globe, the demand for cloud computing services is rising day by day and the compound annual growth rate is expected to be double – digit of  the year 2018 according to Sharon Ford, Office of Industries. The early innovators in cloud computing and currently who dominate this market are the US firms. Based on the revenue generated, the United States owns the world’s largest cloud computing industry with nine out of ten cloud computing service providers have their headquarters in the U.S.Most of the firms in U.S. are already cloud based now, and eventually the most awaited part for the U.S. has already started i.e. leaving the private sectors behind the U.S. government is winning the race in moving to cloud computing.

“According to the figures calculated by Gartner, an American information technology research firm, Cloud market in India is expected to reach up to $1.9 billion (about Rs 12,000 crore) by 2018, which is roughly the triple of the present figure. Gartner’s report cites the rapidly surging Indian e-commerce market and increase in the number of people drifting towards the internet, as primary drivers for this enormous growth.”

In the meanwhile, where the U.S. government is eventually moving to cloud computing and it is said to be the world’s largest cloud computing hub, India as well is predicted to be the second largest Global Cloud Computing Hub very soon. Indian firms too are adopting the cloud computing services gradually. In the recent ten months, Indian firms have seen a tremendous growth in adapting to cloud computing services. India is gloating 250 million individuals with web associated gadgets, which by and large depend on cloud office for applications and other functionality. Both organizations and the government are purchasing and utilizing cloud office.  India is truly giving a great competition to the U.S.!

Ready to be the next Global Cloud Computing Hub

As far as the cloud technology is concerned, India can be considered as one amongst the major players. The real piece of this development can be credited to the new organizations coming up and the rest of the effectively settled one. The CTO's trust that with the change in innovation and increment in the quantity of cell phones will prompt to the formality of the whole biological system and a sudden ascent will be found in the cloud based services in India.It is likewise observed that the Indian market has developed over the timeframe and individuals are gradually receiving the cloud innovation. Change is effectively unmistakable the extensive organizations are utilizing cloud for the corporate purposes and a cell phone client is utilizing it for his own pickup.

“In India, cloud services revenue is projected to have a five-year projected compound annual growth rate (CAGR) of 33.2 percent from 2012 through 2017 across all segments of the cloud computing market. Segments such as software as a service (SaaS) and infrastructure as a service (IaaS) have even higher projected CAGR growth rates of 34.4 percent and 39.8 percent,” said Ed Anderson, research director at Gartner. “

All the global cloud data centers like IBM Global Services Pvt. Ltd., AWS (Amazon Web Services); Ricoh is getting their feet in India. Companies like AWS (Amazon Web Services) SAAS (Software as a Service) had recently come up with their centers in India and made its roots in various cities. The IndianSAAS companies like Freshdesk for customer support, Zoho for productivity tools, LeadSquared for marketing automation, and FusionCharts for data visualization etc. generate more than 1 million annual revenue. The Indian SaaS revolution has seen a wonderful turnaround with more cloud-based innovations embellishing the product space.

India is leading the way

India will be playing an important role in Google’s strategy as it is looking forward to take over Amazon’s AWS and Microsoft’s Azure in the global enterprise cloud services space. In the year 2017, a new Google Cloud region will be coming in Mumbai, India to fasten the experience of the Indian developers and enterprise customers. Cloud will provide the full stack of services to build, test and experiment their applications, as the Indian startups are growing.

Indian companies have already partnered with cloud service providers and also have developed its own cloud products. The means taken by these major players is encouraging the small players/startups to venture forward and embrace the cloud services.  Besides, even the government underpins cloud computing to ensure that the information remains secure and ensure.

In future, the Indian IT firms will be investing more on the cloud. It has tremendous capacities and a high potential to offer much better open doors in the cloud. The fate of cloud computing and in addition professional openings in the field sparkles splendid will make it a global cloud computing hub in the future.