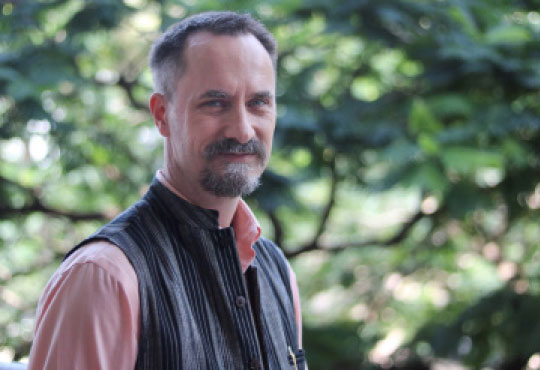 In July 12017, India replaced over fifteen existing indirect taxes with a single Goods and Services Tax (GST) structure. While this new tax regime is a notable econom­ic and geopolitical event, the information technology (IT) implications of India GST are also both immediate and long reaching for every company operating in India, as well as any global cloud solution provider. Those that have found India a chal­lenging market in the past should take note of the changes forced by GST.

How GST changes everything

GST was designed to address a number of problems. The actual size of the country’s economy been difficult to gauge, with millions of unregistered organizations doing business largely in cash against paper ledgers. GST flattened the tax landscape by eliminating the disjointed indirect taxes and combining them into a single set of tax laws, rules, and rates that span the entire country. Shifting to destination based taxation and eliminating border taxes, revenue flows to those states in which consumption occurs, and barriers to interstate business dissolve. But the biggest transforma­tion lies in the flow and management of input tax credits and the IT infrastructure created to manage GST returns.

"Global companies need to reconsider how they engage with their Indian counterparts, and those that engage here first are likely to be the big winners"

An integral part of the new GST tax laws is the com­pliance mechanisms dictated by those laws, which created a public information utility called the Goods and Services Tax Network (GSTN), responsible for the GST IT back­bone. GST compliance requires monthly tax returns for every organization, broken into three separate filings, each with its own deadline in the month: liabilities, credits, and the final return. Two additional system attributes truly drive the IT requirements for this system:

• Transaction level, digital reporting: All financial tranac­tions (AR & AP invoices, credit notes, advance payments, etc.) are communicated to the government via the GSTN’s REST web APIs. There are no paper forms filed. The three monthly filings are also transmitted by REST APIs after being digitally signed.

• Counterparties must agree electronically: Credits claimed by the buyer must be collected first from the GSTN based on the data reported earlier in the month by their vendors. Buyers must digitally indicate via API call that they agree with the vendor-reported details.

Thus all sales transactions are ideally reported in near real time, and input tax credits cannot be claimed unless both agree on the details. This is similar to the system Brazil has for GST, but rather than requiring government approval up front, India’s version creates a self-policing system. Any discrepencies can be digitally reported by the buyer, but again require seller approval for credits to be claimed. Over time, buyers will favor vendors who report their sales in a timely, accurate fashion. The GSTN also plans to publish rating scores for organziations based on their filing behaviors, which adds an element of reputation management to this system.

Most companies in India are actively seeking an Applica­tion Service Provider (ASP) for their GST filings. They are preparing their financial data to be transmitted to the GSTN’s cloud APIs. With tax rates up to 28% on some goods and services, companies will realize very quickly that rapid GST reporting and reconcilliation makes a big dif­ference to their available operating capital. This will make GST implications part of each company’s day to day deci­sion making, along with the automation required of inter­nal systems to facilitate GST returns.

Far-reaching implications for all cloud services

When considered more broadly, GST will greatly open the Indian market for all SaaS-based services by lowering adoption barriers that previously existed. Consider the fol­lowing:

• GST forces all companies to open their books to web-based services. Even the most reluctant organization will have to extract accounting data for submission to the GSTN, which in turn is a SaaS provider. This means that over the next few months, every CIO and CFO in India will come to terms with having their most sensitive systems integrated with some form of SaaS solution. This will in­variably make the conversation for other SaaS services eas­ier, lowering a key barrier to entry  reluctance to embrace anything web-based  for the entire Indian market.

• Because of the availability of a low cost, educated work force, the most common solution in India to any problem of scale is to use more people. This is not an option for GST because the filing deadlines are too frequent, and lim­ited access to the GSTN APIs requires the use of service providers. Organizations that previously have not looked to automation will be forced to usesuch solutions for GST. This will again lower the barrier to adoption for similar services.

• Vendor management will be forever changed by GST. First comesthe removal of barriers across states. Organiza­tions are already changing their freight and warehousing schemes to benefit from the regime changes. As ASPs build analytics into their GST automation tools, companies will have new data to consider for vendor selection and man­agement, as well as for pricing negotiations. This will breed a desire for similar data in other aspects of their business, again opening up those organizations to SaaS-based ana­lytic solutions.

• Every B2B seller will get a crash course in reputation mangement. With the GSTN publishing complience rat­ings and ASPs providing vendor centric analystics, com­panies will find themselves actively managing their GST public reputation. Buyers will become dependent on those details to select good vendors. This will open companies up to reputation mangement in other realms, including social media, where they were previously not involved or unaware.

• India has traditionally been a very price sensitive mar­ket. ASPs will only provide superior return automation and support at a cost. Companies will save money in the long term in the form of input tax credits and lower prices, while at the same time become accustomed to subscrip­tion-based, pay-per-use SaaS solution billing models.

• All our data about the size of the Indian market may be incorrect. The GSTN initially was predicting a 4% to 5% increase in registered companies per year once GST went into effect. To their surprise, they have already seen more than a 16% jump, suggesting this is a much bigger market than previously predicted.

GST is a sweeping overnight change. The business landscape that existed earlier this year is reshaping itself in the most fundamental ways, from accounting practices upwards. Those changes will be most profound in the IT arena, where companies are now finding themselves going from completely closed, on premise systems to using SaaS solutions from third parties that integrate with their most sensitive company data. Global companies need to recon­sider how they engage with their Indian counterparts, and those that engage here first are likely to be the big winners as attitudes towards cloud solutions here change forever.