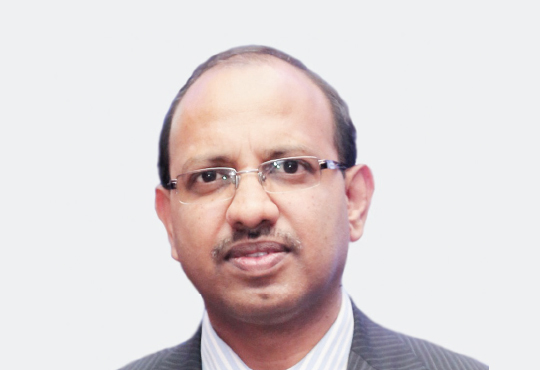 Desktop as a Service (DaaS) is a major trend in the IT industry. It has transformed the traditional desktop environment through the adoption of cloud computing. The biggest advantage of the DaaS is cost-effectiveness as it does not need any CapEx – it is a pure OpEx based model. Virtual desktop as a service affords better control in the data center for the service provider. The traditional desktop is also faced with additional tasks like backing up of data at the right time. In the DaaS model, the service provider is responsible for backup of the critical data and make sure that the virtual desktops are available as per the agreed availability SLAs. DaaS provides flexibility for an end user to access his or her personal desktop from anywhere, anytime. Also, virtual desktops can be scaled quickly because they are in the data centers and within a few minutes one can deploy a virtual desktop as opposed to the number of days that the IT team takes to procure traditional desktops and provision them to the users. The major challenge faced in DaaS deployment is the licensing of desktop operating systems. OEMs are still working on new licensing models for DaaS deployments. There are also security concerns as user data is housed in the cloud. Another major challenge is network bandwidth particularly for large enterprises operating from a single location as all the users will have to access their desktop via internet or dedicated wide area network links rather than their own local area network.

Why is the adoption by large organizations low when compared to small enterprises?

Currently, the adoption is high among smaller and mid-size enterprises compared to the larger ones due to complexity and security compliance issues. Small organizations in verticals like retail, services and healthcare sectors have embraced DaaS despite security and financial compliances. Large enterprises in the pharma and BFSI industries are reluctant to share their data outside their own boundaries and so they are in a dilemma of whether or not to embrace DaaS. Manufacturing companies that are engaged in R&D work with huge workflows due to 3D graphics and 3D models also find it difficult to deploy DaaS as they face problems of storage and network accessibility and getting the same user experience with 3D applications on virtual desktops hosted on service provider cloud.

Whereas smaller organizations have less users, they have specific requirements in terms of applications so they can deploy DaaS and can use it anytime and anywhere. Also for such organizations it is easier to use third party service providers compared to internal deployment as they generally do not have large IT teams of their own to handle end user needs.

India is on par with the global scenario. Indian enterprises are looking at a cost competitive industry and this is a key advantage with DaaS. The Digital India campaign launched by the Government of India is all about adopting cloud and creating a more cost competitive industry. Such initiatives will also boost adoption of DaaS. From the global perspective, the telecom sector in Australia and in the US regions adopted this technology way back in 2010. Adoption of DaaS in India is happening at a similar pace in line with the global adoption. Cloud has been the largest enterprise trend in IT infrastructure in India and Desktop-as-a-service will be the next one. Desktop shipments were the highest in 2010-11 and on a quarterly basis 9.5 million desktops were shipped six years ago by OEMs whereas now desktop shipments are only 5 million per quarter. So there is significant decline in traditional desktop business. On the other side, DaaS is growing continuously year on year. Most of the service providers have DaaS as an offering which is helping customers adopt this technology.

Desktone, a pioneer in DaaS, was acquired by VMware in 2013 while Dell acquired vWorkspace. These are big OEMs with financial prowess for R&D that will make such solutions more successful. Such acquisitions will enable adoption of DaaS in the market. In addition to DaaS, service providers are offering virtual Collaboration-as-a-Service, Messaging-as-a-Service, Software-as-a-Service and so on. Therefore it is becoming easier to sell these services bundled together as Workspace-as-a-service and also for enterprises to easily adopt these services.

IT services
It is A Bold Statement from IBM:The one system that will unite all the others