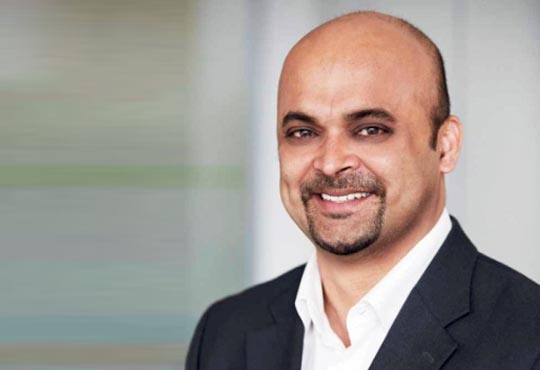 39.9 billion – that’s the staggering market size in $ of the global Artificial Intelligence industry and what’s more, it is expected to grow at a Compound Annual Growth Rate of 42.2% in the next 7 years, according to a report published by Grand View Research in 2020.

For the uninitiated, Artificial Intelligence or AI can be simply broken down as “Intelligence that’s been constructed by humans through the usage of machines to mimic their behavior”. What happens essentially is data scientists training machines to artificially reconstruct intelligence that draws on human responses to an event. Machines over a period of time, begin responding to different stimuli and signals, and begin to create logical connections to learn the meaning behind each signal or stimuli.

Data scientists world over at this very moment are training millions of machines to develop a sense of prediction for both known and unknown data, which then allows them to implement probable actions based on varying scenarios.

Artificial Intelligence has taken over the digital age with its numerous applications in daily life, and its ability to augment human behavior uncannily. From the Government, IT, Manufacturing, Healthcare, to redefining education and Consumer Services, Artificial Intelligence is unarguably the next big transformation in technology that is going to touch lives world over.

“Artificial Intelligence has taken over the digital age with its numerous applications in daily life, and its ability to augment human behavior uncannily”

If we are to look at the global scenario with regards to Artificial Intelligence, it has become part of virtually every segment of most industries, making it truly revolutionary. The world witnessed this firsthand as the Covid 19 pandemic struck us, leaving so many vulnerable and at risk. Artificial Intelligence enabled technology was used extensively by Governments and Healthcare giants globally to identify, mitigate and contain the spread of the novel Coronavirus. Whether it was alerts, tracking applications, sophisticated reports and dashboards or dissemination of information, AI enabled systems such as Microsoft Corporation’s Bing’s AI tracker allowed for a global overview of the Covid 19 status.

To really dig our teeth into the global view on Artificial Intelligence, it is essential that we understand the leading countries in terms of adoption. According to LinkedIn. com, currently leading the pack is the US, followed by China, India, Israel and Germany, when it comes to highest penetration of the technology. A BCG study also showed us that early adopters of Artificial Intelligence among 12 countries surveyed are the US at 25%, followed by China at 23% and India at 19%, the lowest being in Japan at 11%, followed by Singapore and France at 10%. These percentages also point to the fact that the reason for the US to show such high figures is due to the extensive availability of Artificial Intelligence based technologies there.

Comparatively in India, as revealed in a study done by Computer Vision Market, Artificial Intelligence in the Data Science space is evolving into an innovative enterprise segment. Meaning going forward, the Indian Artificial Intelligence industry which has been dominated by MNCs, GIC and Captive firms, will now also include a plethora of other industries, not limited to Healthcare, Advanced Engineering, Healthcare and Semiconductor firms.

Even the Indian Government is in agreement, with the country recently joining leading nations like the US, UK, EU and Australia, as a founding member of a league of nations which has launched a Global Partnership on Artificial Intelligence. Not only does the Indian Government plan on prioritizing widespread Artificial Intelligence adoption, but as a founding member, the country will also have a firsthand contribution by leveraging its experience in digital technologies. We even have a National Artificial Intelligence Strategy in place that brings together the very best of ideas and resources across sectors and industries.

To give you a clearer idea of how deep the penetration of Artificial Intelligence is in India this very moment, we are looking at close to 91,000 AI specialists working across ranks in various organizations, and close to 16,500 open job opportunities ready to be filled as of July 2020.

To provide a push to the research, development and progress of the Artificial Intelligence industry in India, we have seen large investments in various domestic segments including Software & Hardware, IT services, Chip and Semi-conductors, Engineering and Industrials, and Captive firms across BFSI, Healthcare, Banking, Energy, and Telecom. Thanks to the concerted efforts of top Indian firms like Infosys, Tata Consultancy Services and Wipro, as well as International giants like Amazon, Google, Facebook, Accenture and Microsoft, Artificial Intelligence has now been brought front and center in most modern Indian organizational set-ups.

To conclude, in the global versus Indian AI debate, one thing is clear, India is no longer just a provider of outsourced services to the world, but instead, a growing digital leader in its own right, keeping up pace and consciously driving major global Artificial Intelligence growth and change.