SaaS and the Cloud world 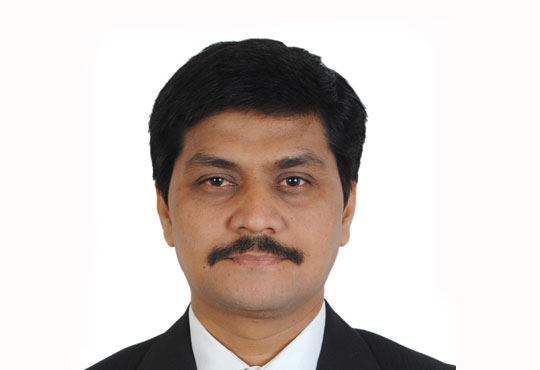 Cloud Reality
Public Cloud platform got commercialized 10 years back, when the x86 CPU’s and the respective motherboards had limitations. Such limitation of compute power on a single motherboard was a limiting factor for large ecommerce websites, so the concept of Software defined load balancing on top of virtualization was launched as public cloud. Though hardware based load balancing has got history of more than 3 decades, but software load balancing over virtualization caught everyone’s attention. This cloud platform created huge buzz in the market from last 6 years, but major improvement in the revenue of the cloud service providers is invisible, while the commodity hardware OEM’s continues to grow in double digits.

Demand for Innovation in Cloud
Vertical scaling is the only solution for Legacy apps and Enterprise Databases. Hypervisors now support hundreds of GB’s of RAM and hundreds of cores of CPU power in a single virtual machine. There’s also growing trend of In-memory-compute which again works either on a dedicated host machine or using vertical scaling technology.

Next Generation Cloud Technology
One of the Indian Cloud Service providers ESDS has been offering Cloud with vertical scaling and they have American patent for the auto-scaling feature which is necessary to make changes to CPU and RAM in real time. All the Linux operating systems these days support CPU and RAM hotplug, which is important to add or remove compute resources from a virtual machine in real time.

In-memory computes Technology
Vertical scaling appears to be the only best solution right now for the growing in-memory-compute workloads and the Enterprise apps and DB’s. Load balanced or the network Databases manage to work only for ecommerce kind of setup where the data can be easily distributed across multiple DB’s.

Cheapest DR hosting solution on Cloud
Vertical scaling also appears to be the cheapest option right now to host Disaster Recovery, as the resources consumed on the DR site are pretty low unless the disaster strikes.

On-premise DC and Virtualization to continue
Opportunity is open right now for SaaS and PaaS for Business apps and DB’s. Once people start using the right architecture of Cloud platform, then we will see a sudden huge surge in SaaS business model amongst the Enterprises. On-premise hosting will continue to dominate the market till that point of time.

Unlocking the Sizing myth
Sizing of machines is another major concern as of now for the Enterprise organizations, this function of sizing is done in a non-transparent manner by the System Integrators and Financial Strength of the customer organization is used as a deciding factor while doing sizing of the IT Infrastructure. Resources are overprovisioned by an average of 10-20 times across the industry considering 5 years growth and degradation in hardware performance. The Vertical auto-scaling feature and the “pay-per-consume” billing system will completely eliminate the need for sizing in the long run.

Paradigm Shift of Cloud
eNlight Cloud is the next generation, Made in India, Cloud which brings agility to applications and Operating Systems due to its patented technology. Many of the OS providers have now started supporting Real time changes in CPU, RAM, HDD & Kernel with no need for reboot or downtime.

Cloud solution for Banks
Problem with Banks was that they could not offer internet banking and mobile banking solutions from their in-house Data Centers due to regular online attacks and online security issues, while the horizontal scale-out Cloud options available for them were not built for the typical requirements of the Banks. Vertical scaling Cloud platform is an ideal solution for banks, as they won’t face the security threats which they continue to face on-premise and the cost savings will be huge, considering the current NPA situation of the banks.

IT services
Effectively Organize, Automate and Manage your Payroll Processes