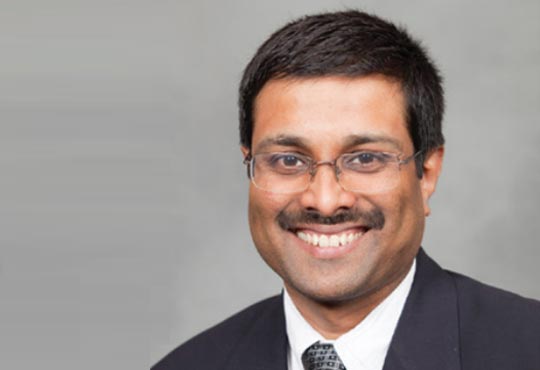 In recent months, few readers have been able to avoid interaction with conversational platforms. At home, we have watched Alexa giving an applause in TV adverts,we have used Siri to find a playlist or, perhaps received the latest Smart Speaker as a birthday gift.

The workspace has been no different. The excitement is palpable – for the first time since computers became personal, we are adopting a newer and more natural way of interacting with machines, using speech instead of keyboards. In the coming months, conversational platforms will be all likelihood, be at the centre of the transition in our business landscape.

In the last few years, advances in NLP and AI along with availability of excellent software libraries such as NLTK and spaCy have enabled compelling use cases for conversational platforms. The more promising use cases relate to enhancing productivity and experience for employees and customers. For example, employees can now log their leave using chatbots, customers can interact with virtual assistants to resolve issues quickly or the sales force can review their dashboard with just voice commands. The focus of these efforts has generally been a limited one - to automate processes or reduce costs, although to be fair, many of these are still at an early stage in their service lifecycle.

“Building a basic working prototype is relatively easy, but getting a solution to work at scale and put it in production is hard”

There is considerable expectation that these efforts will scale from the current focus on automation and move towards intelligence, thus becoming truly transformational. For example, in global sales teams, learnings from past deals won or lost can be a very valuable input in enhancing probability of winning current deals. AI and smart algorithms can effectively identify a set of tactics from data on past deals and recommend winning actions. However, a major challenge is to collect adequate relevant deal data of past wins or losses from the sales force. Very few account managers would have the patience to type in their success tactics in an email or a web page. A conversational platform makes the data collection effort much simpler and scales more easily across the enterprise.

Talent acquisition is another area where NLP and AI is making its presence felt. While finding the right talent is of critical importance in knowledge industries such as ours, most internal teams are swamped by the sheer number of resumes they receive against an open requisition. While AI can help build a shortlist quickly, NLP helps increase the true positives in the shortlist by automated interaction with potential candidates while maintaining a positive experience.

Another use case we can look forward to is in team collaboration. Employees spend considerable amount of time in business meetings and a significant amount of action items from these interactions are lost over time. It is not inconceivable for a platform to parse a Webex meeting recording (speech to text), identify the action items (machine learning and attentive moment retrieval) and track the action to completion on behalf of the action owners (using a rational agent).

Several factors have contributed to this rapid growth. The pace of innovation in conversational platforms is high and the market is fragmented with a large number of startups as well as big players such as Amazon, Google and Microsoft. Hybrid cloud is mainstream in enterprises now with corporate IT and Infosec teams building integrated services that leverage third party clouds. API and XaaS architectures have enabled provisioning of on-demand services leveraging Amazon Lexor Google Dialogflow. Lastly, the network - high speed bandwidth from 4G to dark fibre, has made access to online services cheap and seamless for both enterprises and consumers.

Where do we go from here?

Building a basic working prototype is relatively easy, but getting a solution to work at scale and put it in production is hard. The core of an effective conversational platform is an NLP engine that can interpret the nuances of various languages or cultures and apply AI to overcome ambiguity. A good NLP engine needs to leverage large datasets-webscale providers such as Google or Amazon have an edge here due to their access to data and capabilities which few can match. We can expect these proprietary engines to be refined continually and be offered as a cloud service for other companies to build on.

The future of conversational platforms is very promising and the use cases are numerous. As with any major transition in IT, the road to this future is riddled with a few potholes. First, the capabilities of the in-house team that integrates and provides these services. In a fast changing technology world, finding and retaining the already scarce talent with current skillsets is not easy. To mitigate this, partnership with a specialised vendor can help. Second, user behaviour can be unpredictable and may adversely impact adoption. Ease of use, quality data and enterprise scale are all vital keys to drive adoption. Even so, a shift from traditional habits that we are accustomed to requires considerable change management – for example, will the sales force adapt voice technologies or just ignore it? Lastly, the path from an innovation project to production scale will have many unpredictable twists and turns. Any transformational effort, including those of conversational platforms requires patience – plenty of it.